To receive a little outdoor inspiration straight to your inbox, along with our latest products or offers, subscribe to our quarterly newsletter here. 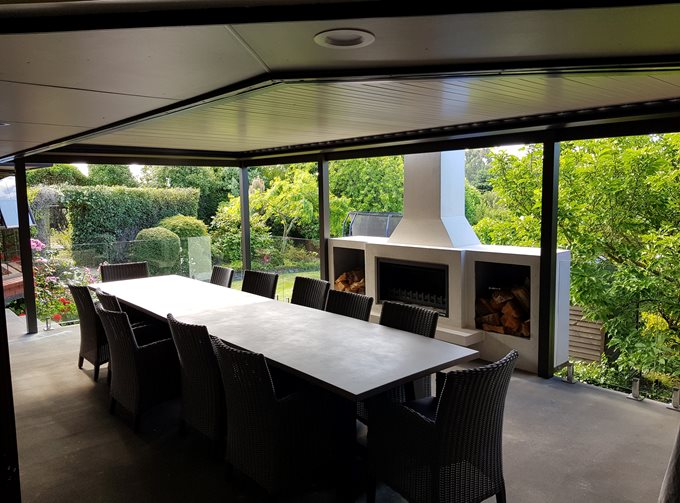 A simple deck transformed to an entertainer's delight!

Friends are quick to suggest they meet at Patrick’s house for gatherings these days.  But it wasn’t always like that.

It all changed when Johnson & Couzins gave new life to his outdoor area.  His family’s simple decking area was transformed into an attractive space for entertaining, through the installation of louvres and screens.

Patrick Blampied had initially just wanted to install a “decent” outdoor fire on the deck of his home.  The job soon snowballed but Patrick couldn’t be happier with how things turned out.

“It’s literally like standing in another room of the house,” says Patrick of the outdoor space.

After the fire went in, Patrick decided the ballistrades needed updating, before he brought Johnson & Couzins on board to install louvres and screens.

“We don’t sit inside anymore – even in winter,” says Patrick.

His friends love it and have commented on the atmosphere of the space. And when the rain rolls in, the louvres allow everyone to remain seated outside.

Patrick says he was so impressed with the service he received from Johnson & Couzins he made a point of phoning the ‘boss’ to commend him on his staff’s efforts.

Patrick said the renovation had increased the value of his 25 year-old home.

“It’s really helped freshen up the look of it too.”